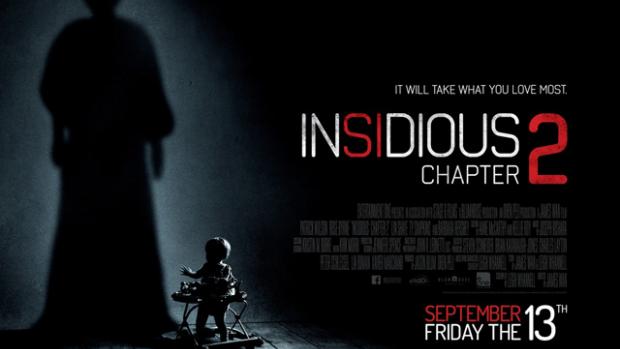 I literally levitated out of my seat in fright.

So here goes.... (and as always Spoilers! Not all but some.) 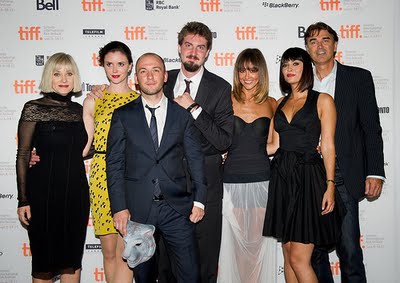 Four siblings and their partners gather together for their parents 35th anniversary... and yes they are gathering at their parents big in the middle of nowhere home.

Their only neighbors have been killed in the opening of the movie, so its already not looking good for the family.

So the family, firstly we have Mother and Father, Paul and Aubrey, the rich parents.

Paul and Aubrey have bought the house in the middle of nowhere to fix up, a project to work on since being forced out of his job with a tidy severance.

Next up is eldest brother Crispian and his girlfriend Erin. She used to be his student. (much like the couple who are killed in the opening, Erik and Talia, who Aubrey says he left his wife to be with one of his students, as they drive past and up to the house.)

Then we have Drake and his wife Kelly, Drake seems to be the sibling that has followed his fathers footsteps into business.

Then I figure Aimee is next age wise, with her boyfriend Tariq.

And finally the baby of the family Felix and his girlfriend Zee. 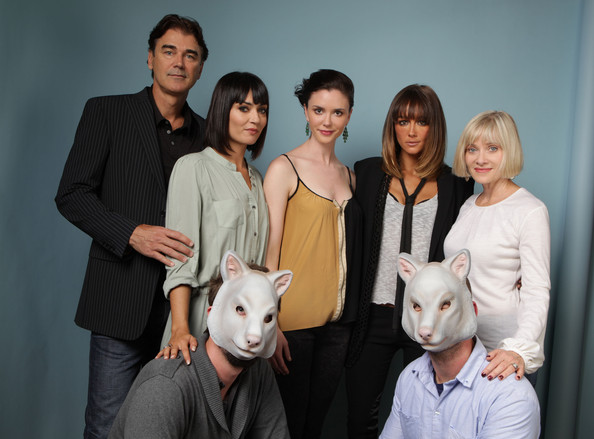 Side note of irreverence... 2013 is the 35th anniversary of Halloween but this was made in 2011, so happy coincidence that it got released now?

Not too irrelevant when you can see the influence of Carpenters masterpiece in You're Next... The POV shots, the monotonous, in a good way, and repetitive score. Seriously I loved the music in this movie.... Very Argento in parts, (especially the part where Erin is doing her best Home Alone impression.) 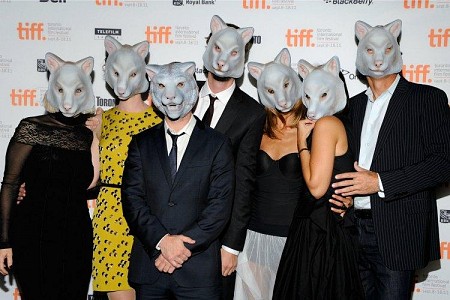 Music suddenly cutting out as the scene changes was effective and gave a jarring effect on me watching it, making me notice the music more... A real feature and not just background noise... Music was really used to set tone, a dark and often comic tone that could only work when the movie went so dark that I was left with nothing but a reaction to laugh.

Adam Wingard swept me along, there is no down time in this movie, I'm not saying there isn't a breather here or there when the action picks up but I never got bored and there was plenty of moments to get to know and care about the family... When the only daughter in the brood goes to make a run to the cars... And as her brother and father swing the doors open and she passes the threshold her throat is sliced by almost invisible wire. I laughed... At first.

I was expecting her to get shot as soon as he doors opened but the sudden throat slitting was like a well placed punch line. Then as she is slowly dying, bleeding out on the floor with her family panicking around her, it had the reverse effect on me, and I wad suddenly on the verge of the room getting a little dusty. 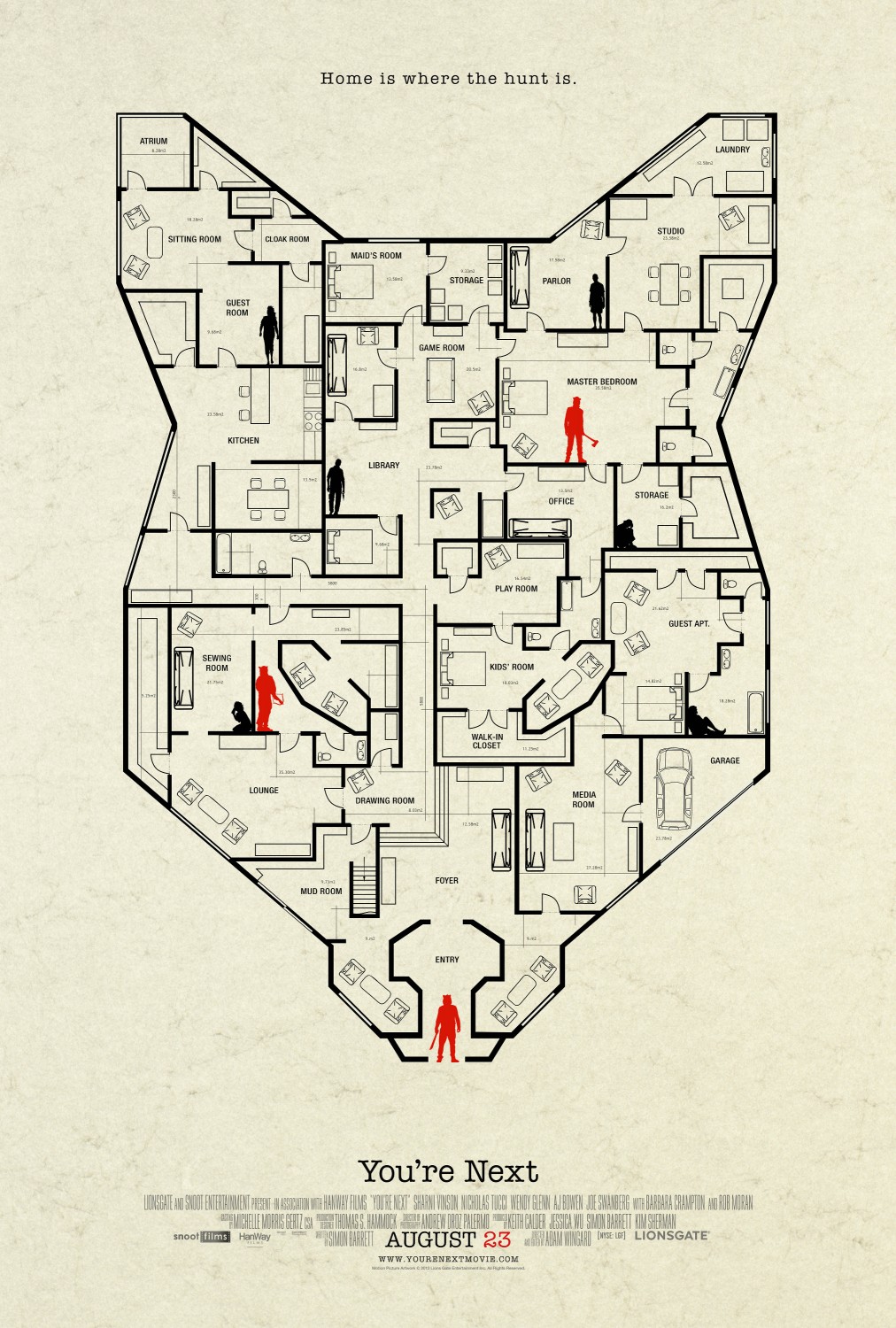 Had we gotten to know Amiee? She had arrived with her documentary underground filmmaker boyfriend and we had been told that she was her daddy's little princess. Not too much to go on but we can infer from the families interactions so much about her life up to this point. To me she is like the rest in that she comes from a wealthy family, privileged and so when she heads off to an Art College, as she doesn't need to follow her father into business like her older brother, she hooks up with Ti West's character. What we see of him before he is killed with an arrow is that he's an "underground" documentary filmmaker.

The paring of Aimee and Tariq makes sense, I can see she probably has travelled the world and is interested in helping those less fortunate.

Yeah, I make my own versions of characters lives a lot.

And before she makes a run for it to the cars... She expresses how her parents had never believed in her... And she would do this selfless act to help save her family and prove to them she is as capable as her brothers. I was routing her on but I wad expecting her to die relatively quickly and I wasn't hardly expecting the cars to be in working order.

But more than all that is that my younger sister is called Amy too. That hit a little close to home. Just like Andrea having to shoot Amy in The Walking Dead... Age difference was similar in that case too. 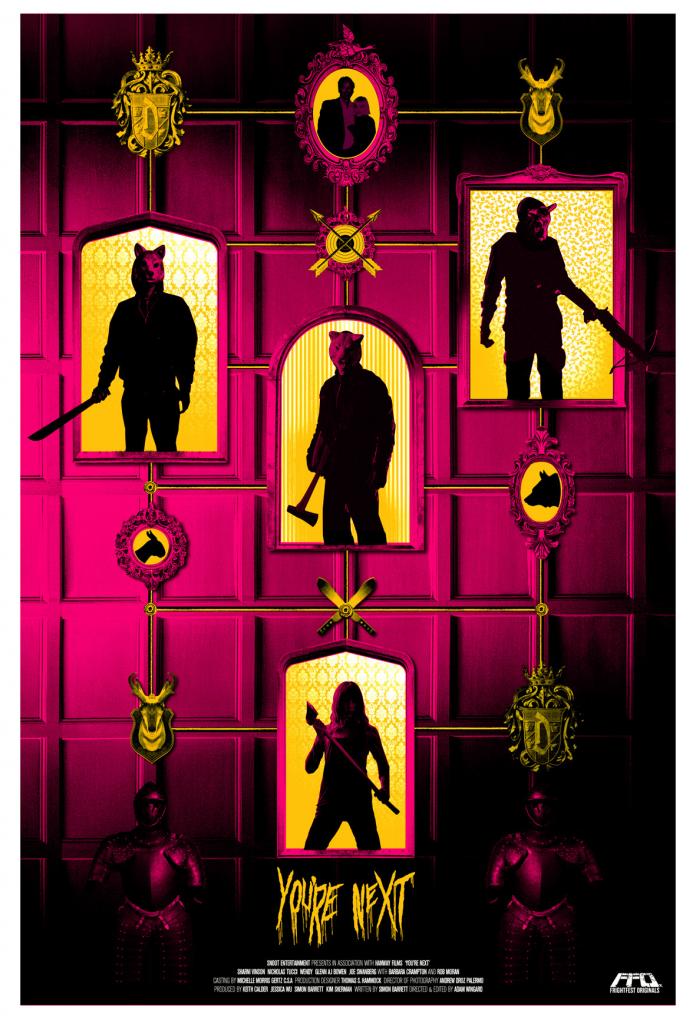 Another use of music in the movie which is great is the song 'Looking for the Magic' by Dwight Twilley Band being stuck on repeat at the neighbors. I'm not sure when the movie is supposed to be set but this gives the same weight and feeling in time that the use of The Zombies and Dead Man's Bones did in The Conjuring.

The song even has Tom Petty on guitar.


Speaking of nudity on the movie... I wasn't but now that I am. I didn't find it exploitative, it was using the conventions of horror. We didn't see Erin bare any skin and she almost survived... She was literally raised on a survivalist colony. A little fact she had yet to disclose to her boyfriend Crispian. 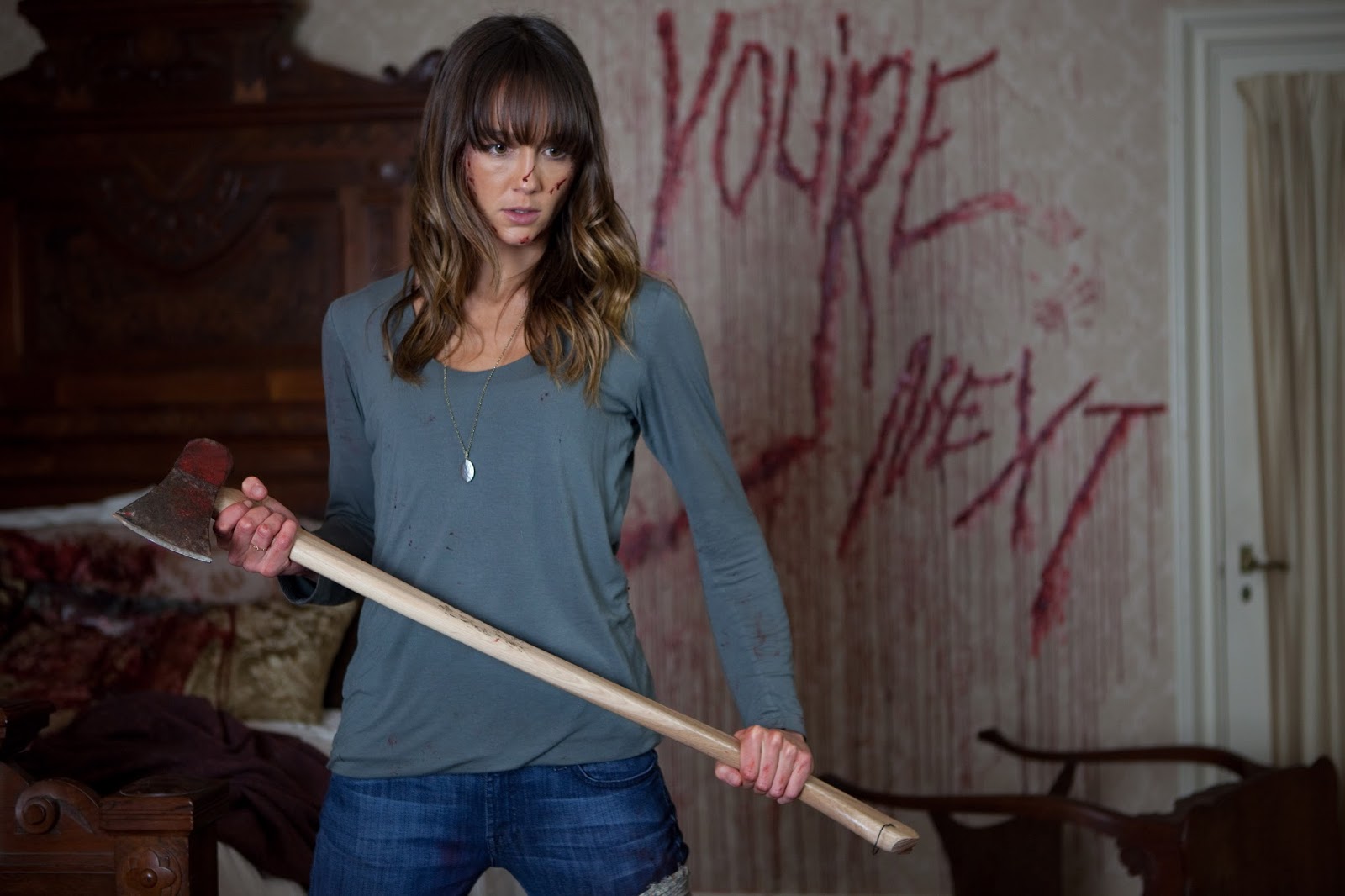 But she went out like Ben did at the end of Night of the Living Dead. Yet the ending feels fresh but lets not forget this was done many decades ago. Perhaps it's part of a trend of downer endings. But this was after all filmed back in 2011 and has went through Lionsgate buying Summit, and therefore acquiring this movie. So we've had time to get hyped up. I'm sure the hard core horror nuts know about other hard core horror fans having tattoos of this movie, or The Alamo Drafthouse having painted a 'You're Next' emblem on the building, up until it's renovations at least. 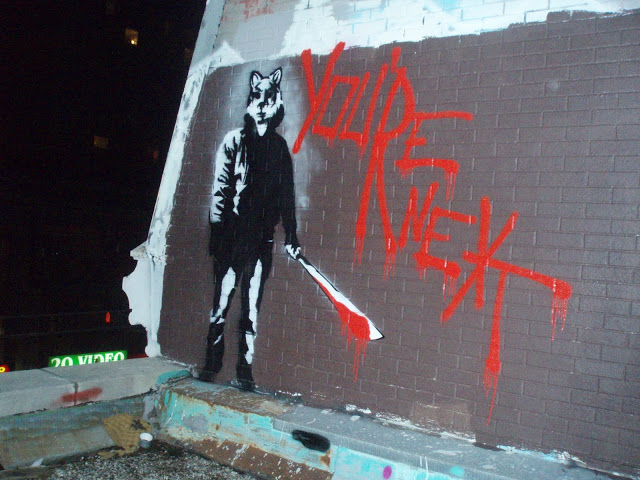 I put this sort of hype out of my mind and was expecting something akin to The Strangers, which had been hyped up for me to begin with. That movie and this are both pretty awesome.

So I was pretty much very impressed with this movie, especially as its a movie that answers the question that me and my sister often ask at the end of a slasher.... How does the survivor girl explain all the killings? (Hatchet III did a good job in trying to answer this question too.) 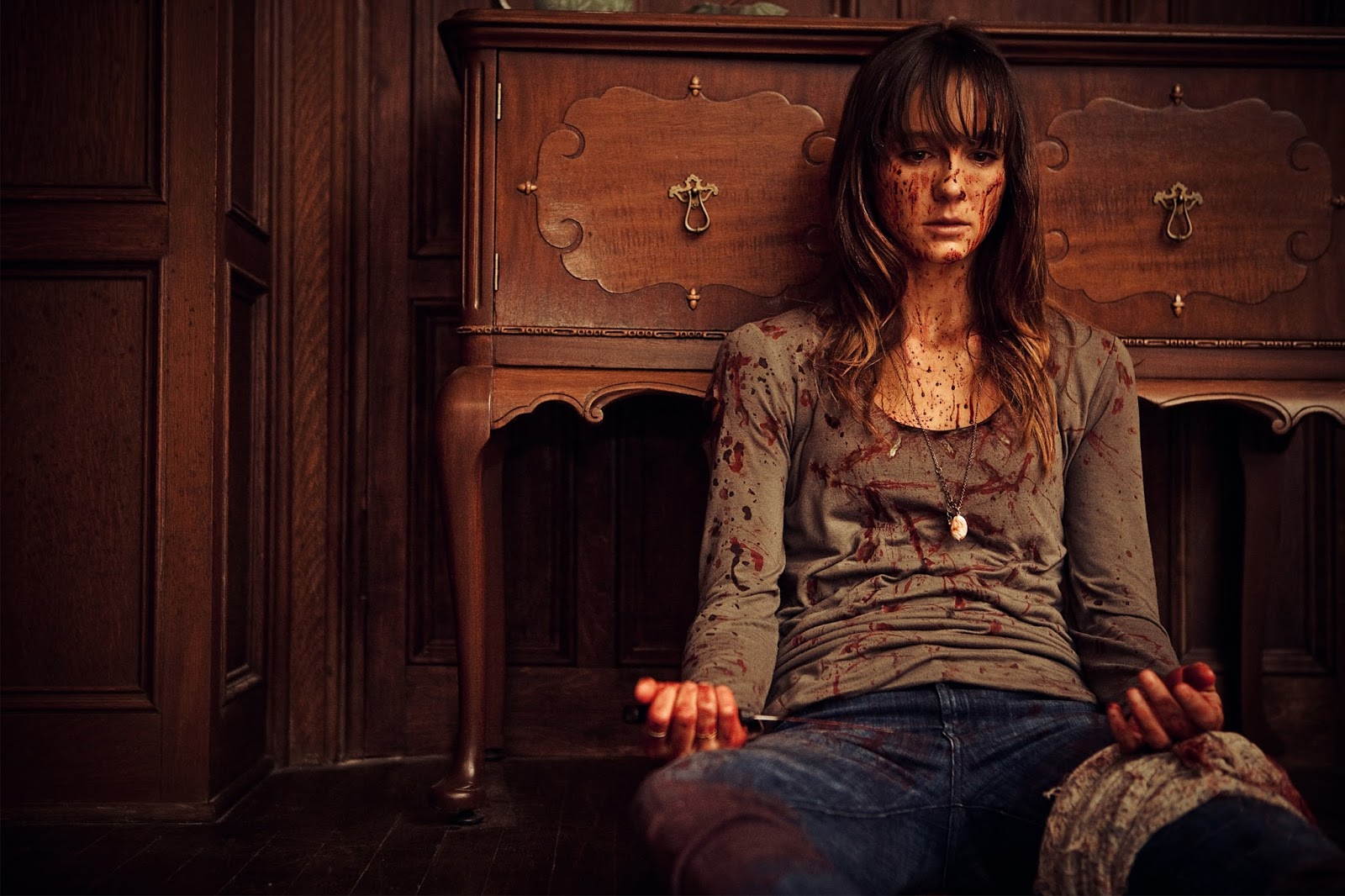 She doesn't get a chance to... As the cop turns up when she is defending herself and it looks to an outsider that she is the deranged killer and he shoots her.


Which a normal horror movie cop wouldn't do as we all know cops in slasher are useless... But sometimes if Wes Craven liked you... Invincible. (Not that the cop makes it out of the movie either.)


So I'm some sort of conclusion... See this in cinemas if you can, pick it up on home release or Netflix it... whatever just show the studios that horror is profitable.